- ONE OF YOUR PEOPLE PROJECT -
GEAR UP NEVADA COLLEGE CONVERSATION 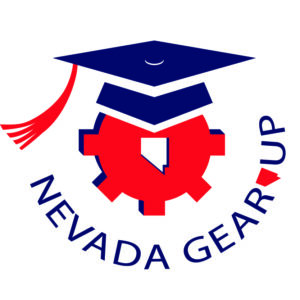 WHAT IS NEVADA STATE GEAR UP

Nevada State GEAR UP (Gaining Early Awareness and Readiness for Undergraduate Programs) is a federally funded grant that is designed to increase the number of low-income students who are prepared to enter and succeed in postsecondary education. These GEAR UP students volunteered their time to share their stories.

Tasha shares how she found the courage to ask for help.

How GEAR UP helped Kayla pursue her college dream.

How GEAR UP helped Maritzia find direction, purpose, and passion.

How Kim's GEAR UP advisor helped her make it at UNLV.

How Elizabeth overcame an unexpected challenge in one of her classes. 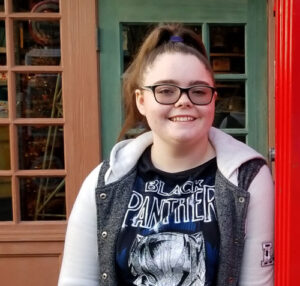 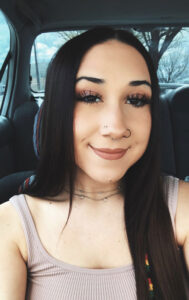 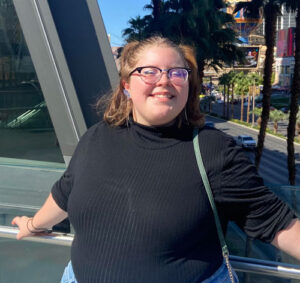 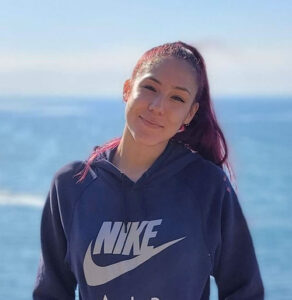 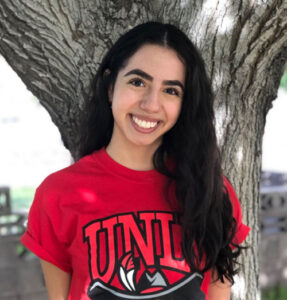 1:03 Harlan asks Kayla her dream. She says she wants to become a trauma nurse. She eventually wants to move to a bigger area and experience larger city life and working there. #dreamjob

2:55 Tasha talks about her dream. She wants to be a professional sports trainer.  #dreamjob

4:30 Kim shares her dream. She wants to be a high school English teacher.  #dreamjob

6:30 Maritzia says her dream. Her professional dream would be to open her own resort.  #dreamjob

9:20 Elizabeth says her dream is to be a neonatal nurse.  #dreamjob

10:52 Elizabeth talks about challenging college classes. She talks about a class where a B was the minimum requirement to pass. She was always a straight A student in high school and first year and a half in college. It was a big shock when she got a B-. She retook the class with a better strategy toward studying and getting help. #academics

15:14 Kayla talks about struggling with math. She passed her classes with good grades but she did have to retake one math class. She wasn’t very engaged with high school. She got a D her first go around and then turned it into an A. She realized there was a real difference between high school and college. #academics

16:47 Kayla talks about her high school self. She says she wasn’t a very engaged student and was in with a bad crowd of friends. She got Ds and Fs, and had to go to lunch detention. In her junior year she came to the realization she wanted to apply herself and do something with her life. She has a younger brother with an immune deficiency. He inspired her to want to become a nurse.  #highschool

20:05 Kayla talks about her agriculture teacher who helped her change and improve to be a better student. She told her she could see more in her and that she would become something one day.  #highschool

21:13 Kim talks about the teachers who helped and inspired her the most in high school. She talks about her choir teacher who had a positive impact.  #highschool

22:40 Kim talks about what kind of person and student she is. She is a little shy with people she doesn’t know, she is prone to procrastination. In high school she was close with her teachers. She was bullied in high school, she talks about dealing with that and gives advice to others who are going through a similar difficult situation. Kim mentions a mental health journaling exercise she does to combat hurtful comments and bullying. #highschool #background

27:42 Maritzia describes her high school self. She was a very poor student in middle school but turned that around in high school. She was a little bit of a jock. She was involved in track and cross country. She met her gear up advisor and she was instrumental in getting her to think about what she wanted to do with her life. She helped her explore colleges and realize college could be for her.  #highschool #background

30:25 Maritzia talks about what her gear up advisor did that specifically helped her. Every week they would meet in her office and check in. She made it her mission to take her on tours and refer her to resources to help her through the college process. Maritzia talks about the financial part of college. Her gear up advisor would host FAFSA nights and scholarship nights. #GEARUP

33:58 Maritzia talks about how she was able to pay for college. Her parents started a college fund for her when she was born. She would apply for scholarships too. She talks about some of the grants she received as well. #payingforcollege

36:16 Tasha talks about her high school self she grew up in Vegas. But her mom kicked her out of the house and she came to live with her sister in Pahrump. She also talks about how she pays for college. #highschool #background #payingforcollege

43:32 Tasha asks questions to the panel of UNLV students since she will be transferring. They offer advice on housing and social activities. #collegesearch #transfer

48:17 Elizabeth talks about how she was able to pay for school. She applied through the FAFSA and got a few scholarships as well. She does have to pay some money out of pocket, between 800 and 1000 sometimes per semester. #payingforcollege

53:12 Harlan asks Maritzia about asking for help. She went to her GEAR UP advisor for help a lot. #GEARUP

54:54 Kayla talks about her GEAR UP experience. She got involved with it in senior year when she went to an assembly. She talks about what a difference Tawnie made in her life and guided her. #GEARUP

1:00:07 Tasha talks about her most uncomfortable experience. She has a very hard time asking for help so that has been a struggle. #askingforhelp

1:01:08 Elizabeth talks about how asking for help can be difficult. She feels like being the oldest kid, she had to do a lot of things on her own and had to lead by example. #askingforhelp

1:03:40 Maritzia talks about being a first-gen student and the pressures that come with that. #firstgen

1:11:21 Kimberly offers words of encouragement and tells a story of the first time she sought out help and how she is on depression medication. She says it has been life changing. #mentalhealth

1:14:06 Kim talks about her GEAR UP advisor who helped her. She also mentions how GEAR UP helped her find resources and community on campus at UNLV. Kim talks about places students can go for academic support such as the writing center and tutoring center. #GEARUP

1:19:07 Elizabeth gives advice on how to find your place on a big campus when just starting out. She mentions some clubs and says it’s important to find your group, and don’t be afraid to try new things or talk to people. She also talks about her sorority and what it’s like to be in one. #people #places

1:21:30 Kayla talks about finding community and connection at a community college. She says don’t be afraid to reach out to GEAR UP coordinators. She talks about the tutoring center. She would go there a lot to get help. #GEARUP #people #places

1:23:56 All Panelists offer advice to their high school selves #advice

ABOUT THE ONE OF YOUR PEOPLE PROJECT

DISCLAIMER: All views expressed by panelists and participants are their own and are in no way endorsed, officially affiliated, or representative of the institution, Harlan Cohen, or BeforeCollegeTV.  All views expressed on panelists social media are not endorsed or affiliated with Harlan Cohen and BeforeCollegeTV.  Students views, opinions, and advice are their own. ALWAYS contact official representatives to verify and validate any information provided